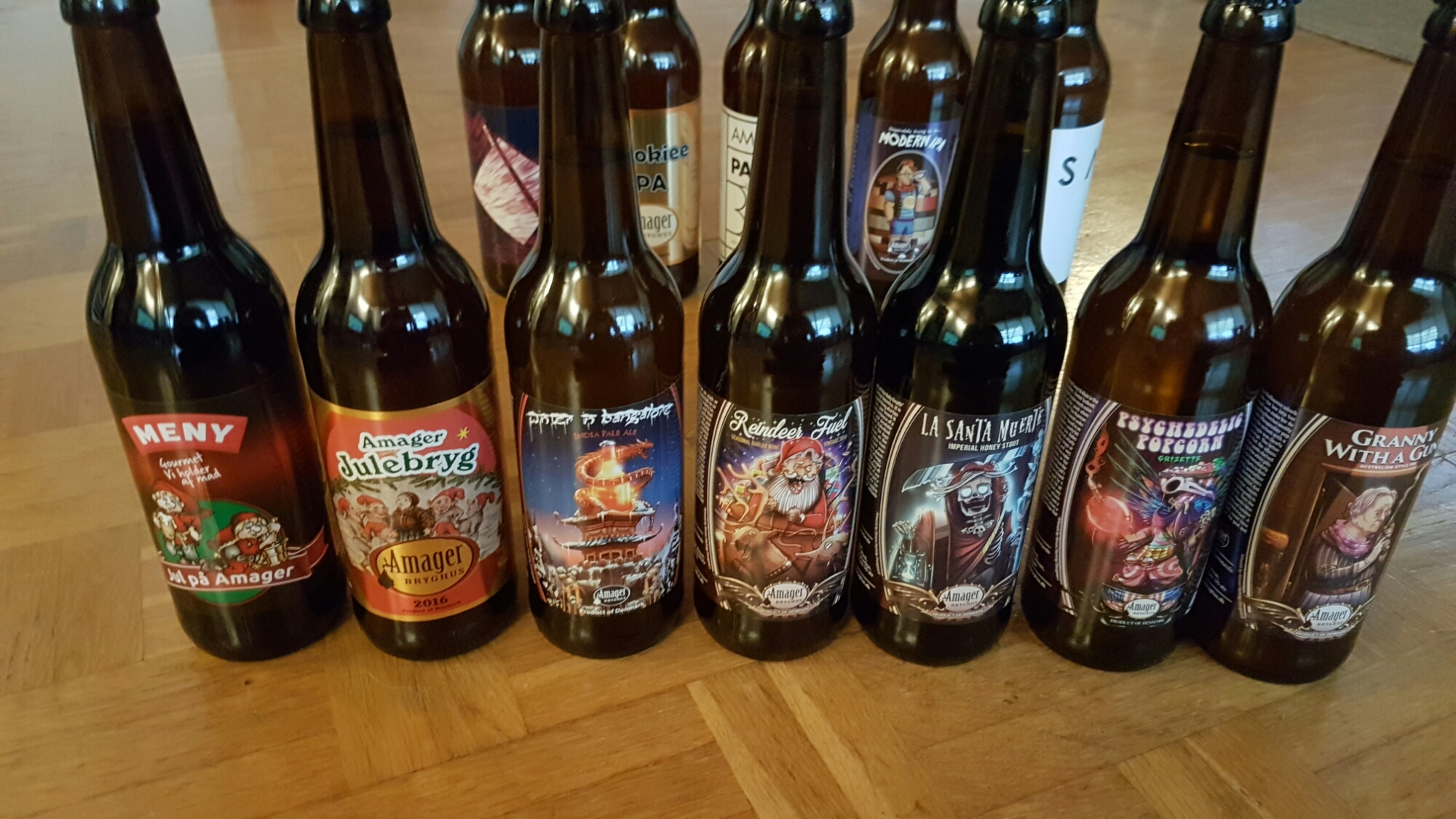 “I got into craft beer in college, first through getting exposed to a few “gateway” beers (Sam Adams, Guinness, Harpoon IPA, Blue Moon etc) and then through homebrewing. I was playing in a few bands while in school and the guitarist in one of the bands, his father was a rather prolific homebrewer. The tiny little bit I had learned about the diversity of beer styles and beer culture really intrigued me. I suddenly was struck by this notion that beer was just as diverse, interesting, and worthy of pursuing knowledge about as wine, or cheese, or the other products “adults” get fixated on. Plus I liked the way it tasted. Anyways, we bought a homebrew kit, read a few of his dad’s old homebrew books, and make some absolutely awful beer. But it was beer! I was absolutely hooked. Started brewing every weekend at my friend Josh’s apartment (Josh was the guitarist from the other band I played with.) I ended up getting really into homebrewing, joining a forum, all that noise. So, when it came time to graduate or close to it I suddenly realized that as much as I loved studying history I wasn’t going to be a university professor as I had kinda assumed. I found myself homebrewing and playing music every weekend rather than applying to grad school and pursuing academia as vigorously as my peers. So I sent out emails to every brewery I could find in Massachsuetts, heard back from a few, all saying “nah, we don’t need anyone. Good luck!”

Anyways, then I graduated and got a gig bussing tables at a brewpub in Northampton MA near where I grew up. When I wasn’t working I was able to bug the assistant brewer, Donald, into letting me follow him around and help him in the brewery. All of a sudden I got an offer from one of the breweries I had emailed back in the spring, Cambridge Brewing Co, as an assistant brewer, AKA filling and delivering kegs and learning the ropes. I took the gig and spent the next four years learning under my mentor Will Meyers and lead brewer Megan Parisi, both incredible brewers and wonderful people.

Then, after three years I had the idea of trying to start a super small brewery (kinda before the term nano had caught on) producing methode champenoise biere de champagne. Will had bought me a bottle of DeuS from Bosteels and it just blew my mind. I homebrewed like 20 batches, learned to riddle and disgorge champagne bottles, and began saving money from my brewing, serving, and bartnending shifts, to open a tiny brewery. Then I ended up getting a scholarship to the American Brewers Guild in Vermont which was absolutely amazing. After three years of getting a hands on practical education from Will and Megan I had six months of books, theory, and science to bolster what I was learning. This was absolutely transformative.

Here, I think, is a major difference between the American approach to professional brewing and the European, from what I’ve seen. In The States most craft brewers I know and really respect come from a humanities or artistic background. We end up begging and/or volunteering our way into internships and working for free until we become assistants. Professional education is largely limited to certificate courses, tech schools like The Seibel Institure, and short courses like those offered by UC Davis. The ABG course I took was absolutely fabulous and yet was a six month correspondence course with a two week or so hands on component. It was very theory focused. The majority of my experience and learning as a brewer has been working under others, asking questions, and sharing ideas. Compared to what I see in Europe, there’s very little focus on hierarchy, titles, and degrees int he US. There’s a lot more learning by doing, self education, and sharing of ideas and knowledge outside of a classroom environment.

Anyways, as I was finishing the course I was in the process of buying my equipment and getting set to open my 1.5 bbl brewhouse brewery Enlightenment Ales. I opened that in 2012 in Lowell MA focusing on biere de champagne and farmhouse ales. I ended up getting really into brett fermented and conditioned beers. I did that more or less solo (with the help of great friends and my girlfriend at the time, Anne). In December of 2013 I sold my tiny system, partnered up with Idle Hands Craft Ales, another small local brewery, and we bought a 5 bbl system and some

10 bbl fermenters. My business partner Chris of IHCA focused on the business and sales while I brewed the beers for both brands. We exchanged a lot of ideas and I got to work with Sean Nolan, a buddy of mine from CBC who has now founded an incredible little brewery in MA called Honest Weight. Just amazing beer. Anyways, yeah, so, I did that for about two years until the building our brewery was in was bought by a casino developer. They gave us a few months to get the hell out.

Just as this was happening I heard from an old buddy of mine, the great Anders Kissmeyer, who asked if I knew anyone looking for a job in rural Denmark. Given my sudden predicament and my longtime desire to work and learn in Europe I applied for the gig and the rest worked out. As far as boy meets girl goes, it’s a warped version of that. My girlfriend Karolina had decided to move back to the west coast, Seattle area, right before I heard about the Ebeltoft job. Escapism and a broken heart may have been a factor in my decision. But then she took a job working for a charity in Uganda right before I came to Denmark, so we were both living as aliens. She came to visit me here, I went to visit her in the US after she came back from Uganda, now we’re in a long term weird and crazy relationship. Life: never what you expect, right? 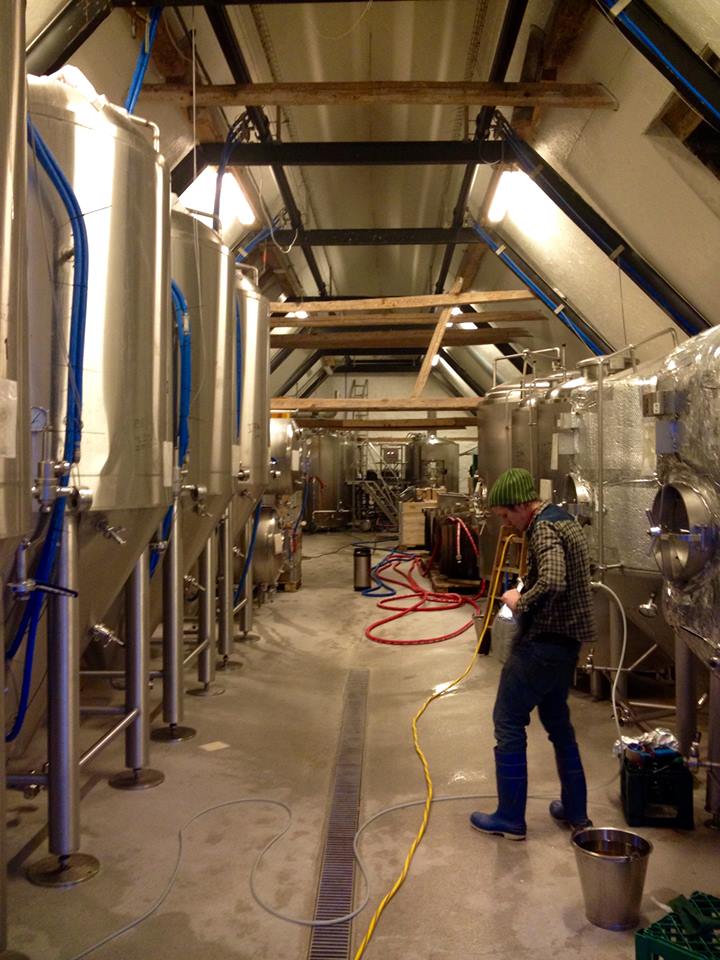 As far as Enlightenment Ales and what’s the “thought” behind it… Well, to be honest, I want to make beers that I love to drink. At the same time, I want to use beer as an artistic medium to convey experiences to people. That’s what Enlightenment Ales has become. I worked with my very good friend Liz Jacobs, a painter who was a server with me at CBC, to communicate experiences I/we have had in altered states of consciousness and on great adventures through my beer and her art. Hence each beer we released from Enlightenment Ales is an attempt to express a unique feeling or state of being. My goal is to capture that experience through the beer, the art, and the message behind it. The names and images hopefully speak to that: “Illumination,” Day Trip,” “Transcendence,” Things Are Beautiful,” Verdance,” etc. The future of Enlightenment, as in the future in general, is unwritten. My goal is to open a brewpub with my longterm friend and collaborator Jon Gilman, the sous chef at CBC. I really miss working in a brewpub environment. I miss creating new beers every month, working with food, and getting to share beers and break bread with our regular customers. In the mean time I’m working until next spring here in Ebeltoft, then… hopefully an internship or two in other places in Europe to learn more, ask more questions, and get a different perspective. Travel. Then the long boat ride home…” 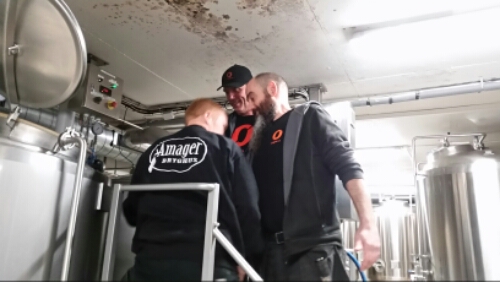 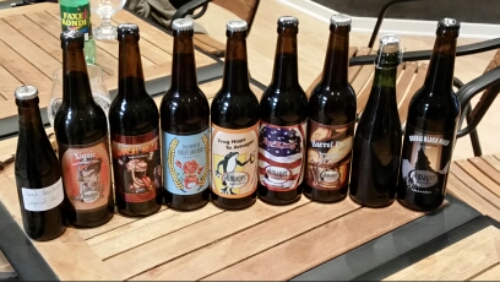 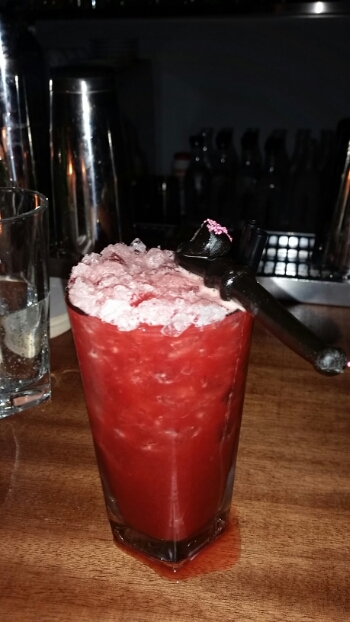